This tutorial, targeted at beginner and intermediate Python developers, will focus on how names and namespaces work in all the major language features that change them. 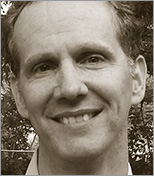